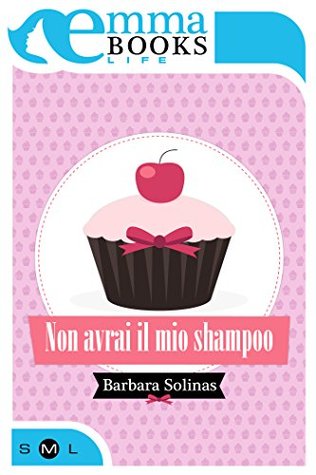 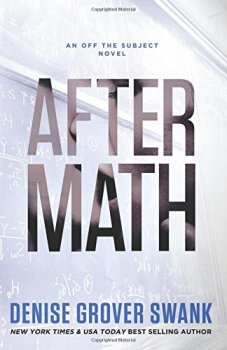 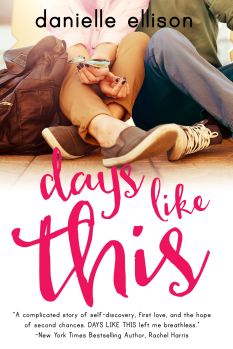 Sometimes the only thing standing between fear and hope is yourself.
Almost a year ago, nineteen-year-old Cassie Harlen had a lot to deal with. A stack of college acceptance letters waiting for answers, a proposal from the boy next door, and a mother whose most recent bipolar episode left Cassie hurt and confused. Tired of cleaning up the messes caused by her mother’s disorder, of resenting her mother for not being there, and scared of being trapped by an inevitable future—which included marrying Graham Tucker—Cassie did the only thing she could think of to keep from ending up like her mother: she left.
Graham never knew why Cassie walked away. He woke up one morning and she was gone—along with the life that he’d created around her. After eleven months, Graham has a new plan for his future. One that doesn’t involve Cassie Harlen.
When Cassie’s mom nearly burns down her house, Cassie’s forced to return home. Back to a mother she’s tried to ignore and the guy she’s been unable to forget. Graham doesn’t know how he’s going to spend the whole summer living next door to the person who broke his heart without letting those old feelings push through to the surface. Neither does Cassie.

Graham
I knew Cass was coming. Hell, I was the one who called her, but until she was standing there refusing to make eye contact—it was hard to believe it was true. We’d barely said two words to each other since we left her house. I didn’t really know what to say to her. Well, I knew what to say to her, but I also knew I couldn’t. It wasn’t the time, and I wasn’t an ass. She made herself pretty clear last time I saw her. God, I wished she’d didn’t look so damn good. If she looked bad all this would be easier.
And maybe I wouldn’t want to kiss her so much.
God, I wanted to kiss her.
I had to shake that off. I had a girlfriend, and Cassie was here, but it didn’t change anything. I opened the door to the guest room, and turned the light on for her. In the light of the room, she was radiant. She’d always been beautiful, but today, there was something else, a sadness that rarely defined her, but now it seemed so engrained.
I knew right then what I really wanted for her: I hoped that when she left she found the thing that made her happy. That the sadness in her eyes was only the situation, and not what she had become. I cared too much about her to see her swallowed in sadness.
“This looks nice,” Cassie said. “Very different.”
When I met her gaze, I recognized a glimmer of the girl I used to love. What did she see in this room? The brown and blue paint that used to cover it? The pictures of her and me that used to plaster the walls? The Clash poster that hung on the closet door? The basketball trophies? The first time we fumbled our way through sex when we were sixteen on that very bed? We’d improved a lot since that first time. The last time I made her yell my name over and over, and it always felt awesome to be the one to make her come. I had everything I could ever want, and all of it was her, especially in that last moment we had together. I felt like a king as she called my name as I moved inside her, I caught a glint of my diamond on her finger. I’d thought in that moment that she’d be mine forever in every way possible. That’d we have this for the rest of our lives. The memory was as vivid as if it had been yesterday, even though it’d been months.
I cleared my throat. Stop thinking about that. “A lot has changed.”

Sull’autrice
Danielle Ellison spent most of her childhood reading instead of learning math. It’s probably the reason she can’t divide without a calculator and has spent her life seeking the next adventure. It’s also probably the reason she’s had so many different zip codes and jobs.
When she’s not writing, Danielle is probably  eating cookies, fighting her nomadic urges, watching too much TV, or dreaming of the day when she can be British. She has settled in Northern Virginia, for now, but you can always find her on twitter @DanielleEWrites.

From bestselling author Kaitlyn Davis, writing as Kay Marie, comes a new adult romantic comedy about a girl who’ll soon discover that some secrets can’t be kept forever, especially those of the heart.

My name is Skylar Quinn, I just moved to New York with my best friend Bridget, and I have a confession. Well, more than one. Okay, quite a few really. Fine, here goes!
Confession #1: I’m a sex columnist. Hold on, that’s not really the confession. You see, I’m sort of a virgin…sex columnist.
Confession #2: I’m in love with Bridget’s older brother, Oliver. No—I was. No—I am. Wait, was? Am? Crap.
Confession #3: I’ve been avoiding Oliver for four years. Or I was until today, because he just moved in. Yes, you read that correctly. He’s my new roommate. So that night we’ve both been pretending never happened, well, we might not be able to keep it a secret any longer.
And trust me, this is only the beginning.

But then a gentle knock sounds against my door.
And there’s only one person it could be.
“Skye?” he whispers into the dark.
I could pretend to be asleep, but the alcohol has drowned out my neuroses, replacing them with curiosity. “What do you want, Ollie?”
“I just…” He sighs. My eyes are closed but I can perfectly imagine the way he’s running his hand through his hair, messing it up—an unconscious move he doesn’t even realize makes my heart melt. Makes every girl’s heart melt.
“Don’t apologize,” I say. It’s the closest reference I’ve made to talking about what happened. And he understands immediately. Understands that I don’t want to talk about it—but I doubt he understands why. It’s not because I’m embarrassed or hurt or vulnerable. It’s because I can’t bear to hear the regret in his voice. Because before he did what he did, before that moment, I had the best few minutes of my life. And I don’t want to hear that he wishes they never happened.
“Okay, can I say one thing then?”
“Sure.” I rollover, finally sitting up. Even in the dark, his eyes shine, glowing blue. Or maybe that’s just the alcohol talking.
“It’s just, I can tell you’re nervous about the new job, but you shouldn’t be, Skye. You’re a great writer, and well…” He shrugs, scanning the room for a moment. There’s a note of honesty in his tone that I rarely ever hear, that I’ve learned to recognize over the years. “You don’t have to have sex to be sexy, Skye. Some people do, maybe, but not you. Never you.”
And then he’s gone, leaving me alone in the dark with my racing heart.

Sull’autrice
Bestselling author Kaitlyn Davis writes young adult fantasy novels under the name Kaitlyn Davis and contemporary romance novels under the name Kay Marie.
Always blessed with an overactive imagination, Kaitlyn has been writing ever since she picked up her first crayon and is overjoyed to share her work with the world. When she’s not daydreaming, typing stories, or getting lost in fictional worlds, Kaitlyn can be found indulging in some puppy videos, watching a little too much television, or spending time with her family. If you have any questions for her–about her books, about scheduling an event, or just in general–you may contact her at: KaitlynDavisBooks@gmail.com
To stay up-to-date with all of Kaitlyn’s new releases, sign up for her new release newsletter here: TinyLetter.com/KaitlynDavisBooks 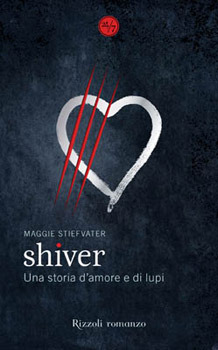