Meet Morgan Dey, one of the top teen Reducers at The Body Institute.
Thanks to cutting-edge technology, Morgan can temporarily take over another girl’s body, get her in shape, and then return to her own body—leaving her client slimmer, more toned, and feeling great. Only there are a few catches…
For one, Morgan won’t remember what happens in her “Loaner” body. Once she’s done, she won’t recall walks with her new friend Matt, conversations with the super-cute Reducer she’s been text-flirting with, or the uneasy feeling she has that the director of The Body Institute is hiding something. Still, it’s all worth it in the name of science. Until the glitches start… Suddenly, residual memories from her Loaner are cropping up in Morgan’s mind. She’s feeling less like herself and more like someone else. And when protests from an anti–Body Institute organization threaten her safety, she’ll have to decide if being a Reducer is worth the cost of her body and soul… 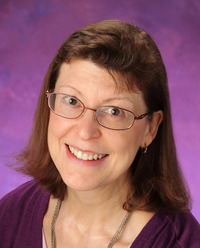 I’m a YA writer represented by Kelly Sonnack of Andrea Brown Literary. My sci-fi novel THE BODY INSTITUTE explores the themes of society, identity, and body image. I live in the beautiful, green state of Oregon and have a Studio Arts degree; I’m an SCBWI member. You’ll usually find me in my writing cave, surrounded by my dragon collection and the characters in my head. I also enjoy reading–mostly young adult novels–as well as drawing, painting, and quilting. I also attend writing conferences, walk with my husband, and enjoy music and dance of all kinds.

Sinossi The war may be over, but Kate Allen’s life is still in upheaval. Not only has she discovered that Cinderella was real, but now she’s been made Keeper of the Wardrobe, her sole responsibility to protect Cinderella’s magical dresses from the greed of the evil stepsisters’ modern descendants. But Cinderella’s dresses are just the beginning. It turns out that the priceless glass slippers might actually exist, too, and they could hold the power to reunite lost loved ones like her father—missing in action since World War II ended. As Kate and her boyfriend, Johnny, embark on an adventure from New York to Italy and Poland in search of the mysterious slippers, they will be tested in ways they never imagined. Because when you harness Cinderella’s magic, danger and evil are sure to follow.

About Shonna Slayton SHONNA SLAYTON is the author of the YA novels Cinderella’s Dress, (Summer 2014) and Cinderella’s Shoes (Fall 2015) published by Entangled Teen. She finds inspiration in reading vintage diaries written by teens, who despite using different slang, sound a lot like teenagers today. When not writing, Shonna enjoys amaretto lattes and spending time with her husband and children in Arizona.

Sinossi
Military legacy Ari Alexander has survived alien spies, WWIV, and a changing world order. But when the new leader of Earth uses Jackson—the only boy she’s ever let herself care about—to get to her, Ari has no choice but to surrender.
To free Jackson, she agrees to travel to the national bases to train others to fight. What she discovers is a land riddled with dying people. Ari has the power to heal by turning the fighters into aliens—half-breeds like her. If she succeeds, together, they have a chance at overthrowing the alien leader, Zeus. But if she fails, everyone she holds dear will be wiped away forever.
Once again, everything Ari’s come to believe is thrown into question. In a world of uncertainty, loyalties are tested, lies are uncovered, and no one can be trusted. If Ari and Jackson have any hope at survival and at preserving a life for the future, they must fight the final war with their eyes wide open.

My gaze drifts over to Jackson to find him watching me, his blue-green eyes no longer beaten, but strong. Alive. Raging.
I walk over and press my hands to the glass, my eyes never leaving his. In them I see everything he’s thinking and feeling. His anger at Kelvin. His sadness at losing Mami. His love for me, an unwavering fire inside him. And then I see his determination, so clear it’s as though I’m thinking it myself—he’s going to kill Zeus.
It’s time to begin.
Jackson nods once to me, and I grip the glass tighter, feeling its composition, and then the glass vibrates, harder and harder. Law goes still. I draw a breath, my focus on the boy I love and his raging eyes, and then a tiny crack splits out from my right pinky finger like a spider web across the glass, splitting again and again. Another starts from my left hand and I lean farther into the glass, imagining Jackson and me back on Loge, Emmy and Mami, and then the window bursts, the glass shooting out in a thousand directions.
Jackson stands slowly, effort etched into his face, the muscles in his arms flexing. The door to his room starts to open, and my gaze flashes over, every fiber in me focused on keeping it shut.
“They’re coming,” I say.
“It doesn’t matter,” Jackson replies, his voice like a warm blanket over my heart, soothing the ache that’s been there since he disappeared. The ache I feared would never go away. “They can’t contain us. They will never contain us.”
— Collide, Melissa West

Melissa West writes young adult and new adult novels for Entangled Teen and Embrace and Penguin/InterMix. She lives outside of Atlanta, GA with her husband and two daughters and spends most of her time writing, reading, or fueling her coffee addiction.
She holds a B.A. in Communication Studies and a M.S. in Graphic Communication, both from Clemson University. Yeah, her blood runs orange.

“I thought I’d never see you again,” I whisper. “I thought you were…” I can’t bring myself to finish the thought.
He shakes his head, his eyes still on mine. “I would find you.”
“But what if—”
“You’re all I have now, all I need. I would find you.” And then his hands are in my hair, securing me to him, his lips on mine. A combination of a sigh and a sob bursts from my mouth and then he’s lifting me up, my legs wrapping around his waist as he carries me to my bed, never letting his lips leave mine. He kisses me like it’s the last kiss we’ll have, like he needs me to breathe. And I can’t get enough.
We lose ourselves in each other; exploring all the places we’d never paid attention to before. I slip off his shirt and kiss a trail down his back, up his side, loving how even now, broken by the pain of losing Mami, he is still beautiful. Even more beautiful.
He lifts me up so he can tug off my shirt and then we’re lying in bed naked, a sheet over us as we allow our bodies to meld together, everything else gone but this moment. But us.
— Collide, Melissa West